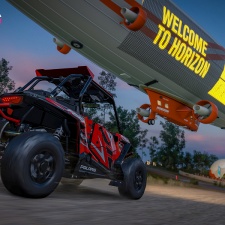 An update on Playground Games’ Companies House page hints that Microsoft may be about to purchase the racing developer.

Companies House is an online database of all registered companies in the UK. As spotted by WCCFtech, a May 29th update lists Keith Dolliver as new director of Playground Games. Dolliver is vice-president and general deputy counsel at Microsoft, and his LinkedIn notes a speciality in mergers and acquisitions. He has previously been appointed director of Microsoft-acquired studios like Rare, Lionhead, and Skype.

Playground Games is responsible for the Forza Horizon series, a staple entry in Microsoft’s Xbox catalogue, exclusive to its console and PC ecosystem. The studio is also reportedly working on a new Fable title. The Xbox RPG staple was left in uncertain ground following the closure of Lionhead. There appears to be clear, close ties between the two companies, and an acquisition would make a fair amount of sense.

Microsoft has not officially confirmed the acquisition, but the company has made noise about improving its first-party library.

It’s possible we’ll see some news at E3 if not before.

Playground has been expanding, buying a bigger office in its native Leamington Spa. Last year the studio said it wanted to be doubling its workforce.

There was also a report doing the round that Microsoft was eying up EA, Valve or Tencent as possible future purchases.