A CS:GO sticker pack is a best seller in this week’s Steam Top Ten 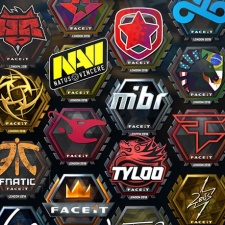 Shadow of the Tomb Raider continues to stalk the top of the Steam charts in second spot this week.

The third and final act of the rebooted Lara Croft trilogy hit shelves on September 14th, quickly taking first place on Steam. Shadow of the Tomb Raider drops one place this week as PUBG returns to the top spot, while the Tomb Raider season pass stays put at seventh.

Monster Hunter: World continues to feature in the Steam Top Ten, taking third place this week alongside an update than improves mouse control options for PC players. The dinosaur-battler has yet to drop from the Top Ten and is Japan’s best-selling game on Steam.

Square Enix' Nier: Automata follows in fourth, returning to the weekly Top Ten thanks to a 50 per cent price cut.

Gamepires’ intrinsically-detailed survival SCUM falls one spot to fifth, hitting the one million sales milestone last week. Kingdom Come: Deliverance returns below in sixth, following a 40 per cent discount to the game and 25 per cent off on DLC.

A different sort of sport closes out the list, as a sticker bundle for the Counter-Strike: Global Offensive FACEIT London Major Championship takes the tenth spot.

Below is the Top 10 for the week ending September 22nd:

Lara sneaks to Steam No.1 with Shadow of the Tomb Raider