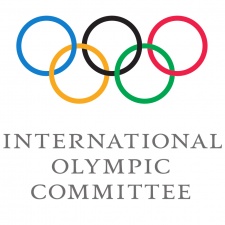 The president of the International Olympic Committee doesn’t see esports coming to the games any time soon.

"We cannot have in the Olympic program a game which is promoting violence or discrimination," said Bach, speaking to the Associated Press during the 2018 Asian Games. "They, from our point of view, are contradictory to the Olympic values and cannot, therefore, be accepted."

Now, at this point many might be thinking - what about fencing, or boxing? Both are Olympic sports, but both are by necessity violent actions. Bach made clear the distance between the “civilised expression” of violence in these sports, compared to games where killing is often the end-goal.

"Of course every combat sport has its origins in a real fight among people. But sport is the civilised expression of this. If you have egames where it's about killing somebody, this cannot be brought into line with our Olympic values."

This doesn’t, however, explain the growth of non-violent competitive titles like Rocket League and Hearthstone, or interpretations of real-world sports like Madden or FIFA. But it’s hard to argue that the biggest esports games in the world right now are squarely focussed on beating the pulp out of another team or player.

Games have frequently tried their hand at getting into the Olympic games. This year, two Overwatch League pros were involved in talks about the potential inclusion of video games in the event.

And games have been making ground outside of the Olympics proper - this year, League of Legends was an official demonstration sport at the Asian Games, the second largest multi-sport event in the world behind the Olympics.

So don’t expect video games to give up on Olympic dreams quite yet.