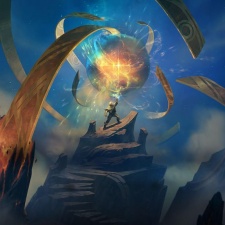 Riot Games has confirmed that League of Legends will be an official demonstration sport at the 2018 Asian Games.

The 2018 Asian Games are recognised by the Olympics Committee as the second-largest multi-sport event in the world - after the Olympic Games themselves. Riot Games will work with the Olympic Council of Asia and member nations to organize team selection and overall tournament structure.

“We're honored that League of Legends was selected for the Asian Games," said Jared Kennedy, co-head of esports at Riot Games. "Representing one's country at the Olympics is a dream for athletes around the world, and with this step, that dream is one step closer to reality for the best in our sport. We admire and respect the values of the Olympic movement and look forward to supporting the Olympic Council of Asia in making this competition a success.”

The national team format of traditional sports makes fitting existing esports teams an odd fit within the structure. There’s likely to be heavy competition for places in the Korean team. We’ve seen games like Overwatch experiment with the “world cup” formula with success, however.

Culture around competitive gaming in East Asia is far more pervasive than the west. While an Olympics-style format for esports is easy to imagine in the region, it’s unclear how a wider international audience would react to seeing games like League of Legends in the Olympic Games. However, Chinese tech giant and Olympic sponsor Alibaba is keen on seeing esports at the games - provided they’re not violent.

The 2018 Asian Games will take place from August 18th to September 2nd in Jakarta-Palembang, Indonesia. The League of Legends finals have no specified date as of yet, but are suggested to happen late August.