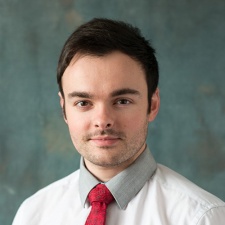 When it first started in 2015, Dingit looked set to be another Twitch competitor in the streaming sector.

At the time, we spoke to the company - in a former life - and challenged them on how the hell the firm was going to make a name for itself in a sector already dominated by Twitch. The next year, we got our answer; Dingit found its place in the market, one that fits alongside the streaming behemoth.

"In August 2016 we totally discontinued live on the platform and doubled-down into short-form premium VOD," VP of content and marketing Adam Simmons at Level Up Media says.

"We made that choice because we had seen a transition where more of the audience was accessing VOD, and there was less attention on the live side. We doubled down. It's a really good content niche."

He continues: "We look at complementing other platforms out there and how people engage different audiences. Just in the same way with social media, everyone uses multiple social accounts. People use them to engage different people in different ways. We saw a very similar need for content creators, to have different ways to engage with different people. Twitch does a great job of live footage, it's very a engaging and interactive experience, but not everyone wants to watch a long livestream. YouTube does a lot of long-form video with a lot of content, but it's all UGC and it's hard for creators to surface. It's also hard for viewers to find exactly what they're looking for. Where we sit is in premium-only short-form VOD. Our average clip is about two minutes in length, it's meant to be very bite-sized for a much broader audience than the typical esports enthusiast. People who are interested in games, they want to watch a funny video, they want to watch a player interview, they want to watch the best moments. Really that complements what our partners are doing on other platforms alongside us."

This short-form content is also potentially good news for advertisers, who might be intimidated or just confused by a 20-hour Twitch livestream.

But in addition to the form factor being of interest to advertisers, Simmons says that its moderation of content makes it a safer place for brands.

"We only work with premium content. Users can't just upload and it's live on the site," Simmons explains.

"If videos are submitted to us, every single one is reviewed by one of our content team to check that it's entertaining, good quality, it's tagged properly but also that it's brand safe. Earlier in the year, there was news about content on other platforms not being what advertisers would like to be showing against. From an advertising perspective, and to help grow esports more, to get those big bucks in from premium advertisers, they need brand safety, they need to know what they're advertising against. User-generated content, especially user-generated live content, is fantastic for engagement, it's fantastic for viewers to get involved, but there's also inherent risks to them. You don't know what's going to happen and the games industry as a whole... there are things that gamers find acceptable to say and do, which mainstream audiences would not find appropriate. Working premium not only helps us reach new audiences; it also helps us engage new brands and non-endemic sponsors and advertisers which helps bring more money into the industry as a whole."

There is concern at the moment that esports is something of a bubble; so many companies are pumping money into the sector with the hopes of it being the next big thing but - as far as we can see - few are actually making any real money off the market.

Simmons says that this is a concern that he shares, but says that the market is bedded in enough that it'll survive any crash, much like the internet with the dotcom boom.

"It's an awkward one. I see the concerns that people have and it's obviously one we share. There's people who are coming into it who, in my view, there are activities going on that I'm not sure are sustainable," he says.

"I'm not sure there's going to be a model for that. It's also to do with the maturity of the industry. If you go back ten years and said there'd be esports on ESPN, that Turner would have ELeague going, you'd have said that wouldn't happen. Go back to League of Legend World Championships Season One, four years later it was in the Seoul Olympics Stadium. That level of growth means people are going to get interested. The biggest danger at the moment isn't necessarily a bubble; it has got very big and mainstream brands and companies, and they know that it's worthwhile now. They know that esports is big now and they have access to it. But they're still very unknown about how to how to do it. That's where you get the risk of people who can, not take advantage, but can try to capitalise on that lack of knowledge of the parties. You have to balance that out. On the whole, it's not going away. Esports has become multi-generational now. I have family members who are in their teens and watch YouTube, they watch gamers, they don't watch TV. Their parents grew up with gaming. They have introduced them to gaming. It's a multi-generational now. It's not flash in the pan.

"There will be ups and downs; I wouldn't be surprised if you saw some entities in the industry who will burst. Yes, it will do damage, but equally, games are the biggest entertainment medium in the world. It's not going to go away and no matter how big it gets, it's like the dotcom bubble. Looking back in hindsight it was obvious the bubble would burst because there was a bit of a gold rush, but we still have the internet, it's still the biggest platform for media distribution in the world. The same thing will happen with esports. Some things will work out, some things won't and some things we haven't even thought of are going to be the biggest thing in ten years."

This year has also seen people pushing for esports to appear within the Olympics. Bizarrely, Simmons is uniquely positioned to talk about the intricacies of this topic having himself competed in the Olympics with Team GB's kayaking team.

"I have seen it from the traditional sports side. I understand why people want esports in the Olympics, and a lot of that is to do with the mainstream validity of it. It's the same as people wanting esports on TV because then it's 'made it', then it's something valid. Now whether it'll actually work in the Olympics... the difficulty is Olympic sport is very regulated. It doesn't change much and any changes are like trying to turn an oil tanker around. In kayaking, you'll have a set of rules in place for four years. The races would be known, the criteria, the dimensions of the boat, what equipment was allowed would all be done. After that event, they might change a couple of things. Swimming in Beijing is a good example; the swimmers all had those body suits which made everyone go really fast, and then after that they were banned. You have this very rigid structure in the Olympics - it's a big programme with millions of people involved. While esports has this huge audience, there's a patch for major games every couple of months. In kayaking, you don't suddenly go: 'Oh, we'll change the density of water to be like soup' - it's always the same."

"When I was kayaking with Team GB, we had coaches, psychologists, physios, strength and conditioning, holistic lifestyle coaches," he explains.

"Everything was fine-turned and it was about performance. When you're sat at the starting line at an international race you have so much pressure on you. In esports you have 18 year olds going to The International. They're potentially going to become millionaires and all they have done to prepare for this is play a lot of DOTA. Seeing sports psychiatrists and psychologists coming into the scene, coming in to nurture those players and having more support for players as they move out of the playing capacity into their future career, how that's balanced and that infrastructure is something I have seen first-hand. A lot of esports have taken that on board and are seeing the validity of it. It's also breaking the stereotype of what games are. If you ask your average 50 year old to describe an esports pro, they'll describe a South Park World of Warcraft episode picture drinking soft drinks and eating fast food playing for 20 hours a day when in reality from sports science there's a lot of evidence that structured training and physical exertion and routine is not only very beneficial for physical sports but also for mental aptitude.

"This builds a great playing career, but also creates a holistic lifestyle and hopefully a long-term career for the pros."