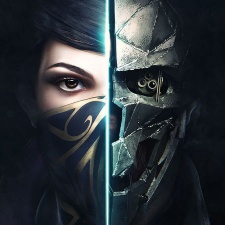 Arkane isn’t planning on adding another entry to the Dishonoured family of supernatural stabbers anytime soon.

Speaking to VG247 at QuakeCon this year, Arkane lead designer Ricardo Bare said the series is “resting” for the time being.

“I can’t say definitively what might happen down the road, anything could happen, but [Dishonored] is resting for now,” he said.

“The things that are important to us as a studio are coherent, deep world building and environmental storytelling.

“We’re always going to craft spaces that you feel like you’re visiting, whether it’s Dunwall or Talos 1. It’s just as important a character as the player or the people you meet.”

The immersive-sim studio is currently looking at incorporating multiplayer elements into a future game. Arkane previously experimented in asymmetric competition with The Crossing - that game never saw the light of day but would have seen singleplayer campaigns invaded by online opponents.

“Not literally The Crossing, but for sure some elements,” said Bare. “Being able to incorporate more online sharing or multiplayer type stuff, we totally might do that. It’s interesting because, for a while, there was this push with a bunch of big publishers to force teams to include multiplayer modes.

“I feel this was super destructive because you end up with a team that’s made a really compelling single-player game, but they were forced to tack on this deathmatch mode or whatever.

“But what I feel like is happening now is way different – it’s more community-oriented, it’s more about what gives your game legs, builds community, sharing, and things like that. Games are approaching that with lots of different models.”