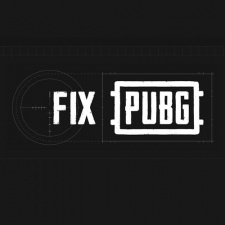 The site is live now, with users able to see just what the developer is working on and what will be launching when.

This is in response to the game myriad bugs and fixes that still exist to these.

While Playerunknown's Battlegrounds was the top dog in the battle royale genre in 2017, the title has fallen behind this year as free-to-play - and super polished - Fortnite takes the lead. This is partly because of cheating in the game, but another issue with the title is the sheer number of bug and issues it has.

In 2017, this was written off by the fact that it was being made by a small team and was in Early Access - the bugs added a certain level of charm to the title. When Playerunknown's Battlegrounds reached 1.0 in December 2017, many were expecting the title to be somewhat smoother.

That is certainly not the case - a fact shown by the fact that as the company rolled out this new initiative, a recent 9.5GB update broke the game for many people, with users being unable to reach the title's lobby… while other users simply could not download the update altogether.

As well as performance and server upgrades, PUBG Corp is once again set to implement a new anti-cheat solution, as well as report result notifications - likely a system to let users know what happens when they report a user. Furthermore, the firm is going to be taking legal action against cheat developers and resellers.

"Fix the game. This is a phrase that we’ve been hearing a lot lately. Bugs, performance problems,
and quality-of-life issues have been limiting PUBG's true potential, and you want it fixed," the site reads.

"So we think it's time to do something about it.

"FIX PUBG" is a months-long campaign to deliver the changes and improvements that you've been asking for. We've created a roadmap with specific details about our plans, and we intend to update it as we go, checking things off as we deliver on our promises."