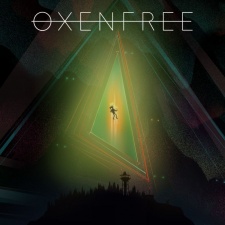 Night School Studio has confirmed that its adventure game Oxenfree has sold over one million copies.

The developer recently spoke to Polygon in anticipation of its next game, post-life pub crawl Afterparty, and told the outlet that 2016’s Oxenfree had passed the milestone sales figure.

The supernatural narrative adventure launched in January 2016 on PC and Xbox One. Nowadays the game is on near-enough everything, and according to the studio, the game received that final push past one million thanks to later iOS and Switch ports.

“Sure, yeah. We are over a million units, which is super exciting,” said co-founder and CEO Sean Krankel “I won’t go into tons of detail, but I will say the two really surprising platforms for us, later in the game’s life cycle, have been iOS and Switch.”

Asked about the successes of Oxenfree, Krankel said he is proud of the storytelling in the title.

"The primary goal for us — even before we knew what that story was going to be — was to make a story game where there were no cutscenes and where the control was never taken away from the player at any point," he said.

"That’s what we, essentially, spent all our effort on. I feel like that came through. Now having some distance from the game — I actually booted it up the other day because I [hadn’t] played it in a while — there is this detachment that I have from it now where I can start to look at it more as a player. I really think that worked. We made a game that does make you feel as though you’re Alex and you get to telegraph your own version of yourself into that character and play through that night in a way that feels pretty naturalistic. I think that worked well.

"I also look back at the merging of the visual aesthetic and the sound design and music that [Andy Rohrmann] came up with. ... That is another one where I feel like there’s this intangible thing of the merging of Heather Gross’s art style and [Rohrmann’s] music that I just wanna spend time in that space. It’s not a thing I can really put my finger on, other than spending six hours here feels good and cool."

Night School’s next game, Afterparty, is due out in 2019.