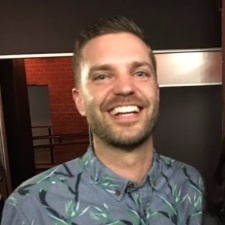 Speaking to PCGamesInsider.biz, the co-founder of developer Night School Studios Sean Krankel said that the title had sold 1.5m units in total since its January 2016 release date. The last milestone the game maker announced was one million back in July 2018.

Furthermore, Oxenfree has been installed three million thanks to its inclusion in the Xbox Game Pass and Games With Gold subscription services.

"We've also been part of Game Pass and Games With Gold, and we've done a few free giveaways here and there, so in terms of total installs, we're over three million. It's been shockingly good. We're very happy."

He continued: "PC is still the lion's share, but it's not by a huge factor. Without getting into super specifics, it's definitely the most and there's a variety of reasons for that. It's probably easier to communicate with your audience and put it on sale. There's a lot stuff that you can do on PC that the consoles don't do as well. But all of that said, it's not that much more than what our console business has done as well."

In 2018, Microsoft's game boss Phil Spencer said that titles included in its subscription service saw a premium sales boost. This is something that Night School experienced, Krankel says, but he was anxious about the all-you-can-eat model eating into Oxenfree's paid sales.

"There is a bit of overlap there, certainly. Even early on, we were concerned that maybe one would cannibalise the other but in reality that didn't happen," he said.

"Both paid sales and users lifted up. What was great with Game Pass was that a lot of people are going to try our game that wouldn't have tried it otherwise. There was no avenue towards that before, so now people can discover it, talk about it more and play through it. Because it's a fairly short game, it's not a massive commitment for people. That's definitely helped us bring more people in to care about our next stuff, too."