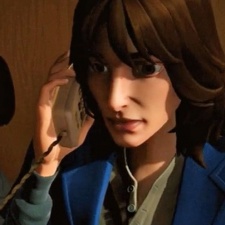 According to a report by The Verge, Oxenfree developer Night School Studio was working on a mobile game that would have tied into Telltale’s more traditional narrative adventure.

Night School called it a sort of dream project, with supernatural teen adventures fitting in perfectly with their work on Oxenfree. The team would work closely with Netflix and Telltale, with choices made in its own game carrying over into Telltale’s Stranger Things,

“It was a huge opportunity,” said one source close to the game. “We were planning on making that a big part of our portfolio and not just some side project.”

A former Telltale employee added: “We love the games they made and wanted to do a mobile game that tied into our game. We weren’t a mobile studio. Working with Night School, who had those chops, and had done the Mr Robot stuff as well - it was just kind of a natural pairing.”

Another source commented: “We had zero warning. We had no idea that anything was amiss over there. Neither did any of their team, anybody that we dealt with, all the way up.”

“We transitioned really quickly from working on a game that we were all very proud and excited about that was really cool, to just taking buckets and trying to get water out of the boat because we were pretty far in the hole, financially, from this game.”

Night School had hired up for Stranger Things but was able to salvage the expense by moving new employees onto its own game, Afterparty. Otherwise, the indie studio may have faced layoffs of its own.

Report: Telltale Games ditching its own tech to use Unity