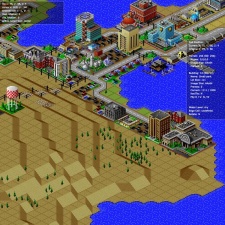 An open source upload of SimCity 2000 has been pulled from the internet after an intervention from Electronic Arts.

OpenSC2K was placed on GitHub earlier this year. Claiming to be a completely free, open-source version of the Maxis classic city sim, it appears EA wasn’t happy with its IP being distributed under its nose.

A DMCA takedown notice posted on the file-storage site reads: “The current audiovisual output of the repository creates content that infringes on Electronic Arts copyright. As long as that continues to happen, no other changes other than removal is sufficient to address the infringement.”

Speaking to TorrentFreak, OpenSC2K creator Nicholas Ochoa said: “I was never contacted by EA or GitHub prior to the takedown – I received notification after the fact from GitHub. Nobody from EA has reached out since and I’m still waiting for GitHub to review my request.”

“I just wish they’d have reached out first, I would’ve gladly removed the content quickly and without issue.”