An Age of Empires II pro league is happening 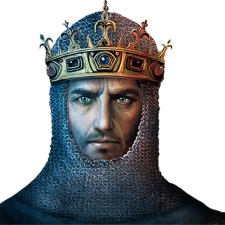 In an actually surprising bit of news, Age of Empires II is getting its own competitive league.

That's according to the game's official website, which says that eight teams will be competing over the course of a year in seven different stages. This is backed by Microsoft and comes with a $60,000 prize pool.

Dubbed the Escape Champions League, this will be a tour of the world with each individual stage being in a different part of the world.

Additionally, there will be different match formats, including one versus one and four versus four.

That prize pool isn't going to set the world on fire, and pales in comparison to other bigger esports titles, but it does show Microsoft's intentions for the franchise moving forward. Age of Empires IV is currently in the works with Dawn of War and Company of Heroes studio Relic handling development duties. The Big M has been trying to re-establish the Age of Empires franchise in recent years, with a Definitive Edition of the original hitting shelves earlier this year.

You can check out the live stream for the Escape Champions League below: