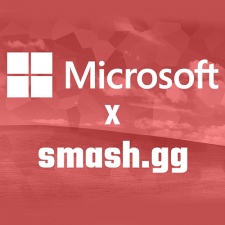 That's according to a post on the latter's Twitter account with the Big M's MSN Esports socials confirming the news. No figure has been put on the deal just yet.

"With this acquisition, the Smash.gg community and tournament organisers will continue to benefit from the Smash.gg platform, while our team will now benefit from additional resources and support as part of the Microsoft Content Services team," Smash.gg wrote.

"For now, it's business as usual as our combined team continues to support our community and tournament organisers. We're excited about this acquisition's potential to further empower the esports community and expand Smash.gg's reach and scale."

On its website, Smash.gg added: "Since we started in 2015, our goal has been to build active esports scenes around the games people love to play. Today we’re excited to take the next step in that journey by joining Microsoft to help strengthen our existing relationships and explore new opportunities. Smash.gg will continue as a self-service esports platform available to tournament organizers from all game communities."

Smash.gg was founded back in 2015. This is Microsoft's games acquisition coming in the wake of its megaton $7.5bn purchase of Bethesda parent firm ZeniMax Media.