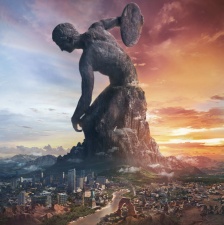 Firaxis has removed the Red Shell ad-tracking program from Civilization VI after concerns over user privacy were raised.

Red Shell is an ad-tracking program, used in dozens of games to log the click-rate of in-game advertisements. Many players were concerned over privacy violations, given the tracking functionality wasn’t exactly advertised to consumers.

“Whilst Red Shell is only used to measure the effectiveness of our advertising, we can see that players are clearly concerned about it and it will be difficult for us to entirely reassure every player,” said Creative Assembly. “So, from the next update we will remove the implementation of Red Shell from those Total War games that use it.”

Red Shell insists that it hasn’t been gathering user data to sell on to third parties, and only collects the minimum data required for functionality.

Marketing exec Adam Lied stated: "We are gamers. We love games. We do what we do because we love working with game developers to help grow their games and build their communities. The last thing we’d want to do is anything that is going to upset their communities.”