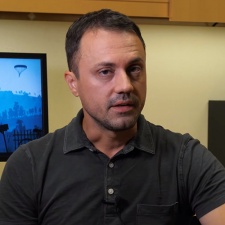 It's no doubt been a tough week or so for developer Xaviant as its latest title, The Culling 2, hasn't exactly had the launch the team might have wanted.

In fact it's gone so badly that the firm has cancelled the game eight days after it hit digital storefronts. In a video (below) head of operations, Josh Van Veld admitted that Xaviant had messed up with the title and that it was scrapping it and starting on the original game all over again.

In short, Van Veld believes that the studio moved too far away from the original version of the game that people enjoyed. Furthermore, he said that the title would be free-to-play moving forwards.

“I think most of you know that last week we launched The Culling 2, and that launch was not successful," he said.

The Culling 2 has an all-time player peak of just 249 people, not even enough to fill five whole games.

We wish the team the best of luck. And as an aside - fair play to Van Veld for being the public face of this decision. It takes a brave person to stand up, represent and own the mistakes he and his studio has made.