INSIGHT - The Culling 2 has not got off to a great start - has the battle royale market already solidified following PUBG and Fortnite? 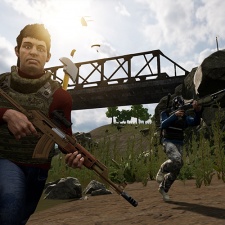 Evidence mounts that the battle royale genre might already have solidified itself.

The Culling 2 from developer Xaviant Games launched last week and its player count figures on SteamCharts make for some pretty depressing reading. At the time of writing, the project boasts an all-time player peak of 249. Given that matches in this game are designed for 50 users, that means that even when it had the highest number of players, it could not even fill five whole games.

An average of 8.3 people have been playing the game at any given time, with a peak concurrent player figure of two for the last 24 hours, at time of writing.

The game's lack of launch has not gone unnoticed by Xaviant, who took to Twitter (below) to say they were going to be having some "difficult discussions" about the future of the studio.

It’s time for us here at Xaviant to come together for some much needed soul searching and to have some admittedly difficult discussions about the future of our studio.

The original Culling was one of the first battle royale games on the market, though doesn't match up to PUBG levels of success. But then again - what does?

The Culling 2's failure to launch points to the battle royale genre already having solidified, with major players commanding too much of a presence in them market for other, smaller outfits, to get in.

This has admittedly happened much faster than it did with the MOBA genre, which was arguably the last big new genre goldrush.

League of Legends hit shelves in 2009, and it wasn't until around 2014/2015 that other the companies - such as EA and Jagex - attempting to crack the MOBA market started to fail and drop away.

Why this has happened quite so quickly is a subject of much speculation; the games market has certainly changed a great deal since 2009, with influencer marketing platforms like Twitch and YouTube helping spread the word of popular games much faster than ever before.

PUBG lighting a fire under the battle royale market will certainly have been a factor, but Fortnite's free-to-play and more family-friendly offering has no doubt gathered such a share of the market that it's harder for other players to get a look in. Based on the last player counts PUBG Corp and Epic revealed for their money-printing machines point to a combined 525m people playing Fortnite and Playerunknown's Battlegrounds - 125m and 400m respectively. There's going to be some overlap there, but either way, these players command the lion's share of the sector.

There's also a lot of comments on the Steam page about how the game differs from its predecessor.

How this will affect the work of bigger companies is unclear. A project like The Culling 2 is based solely on the battle royale game-type, while the likes of Battlefield V and Call of Duty: Black Ops IIII will offer it as just one mode in a larger package. Oh, and they're being made by two of the biggest triple-A games publishes on the market who can afford to put more of a marketing budget behind their releases than Xaviant likely spent making The Culling 2. That isn't knocking the game, just a reality of the market today.

All of this is to say that smaller battle royale games aren't getting a look-in entirely. Islands of Nyne: Battle Royale from Define Human launched into Early Access last week and went straight to the No.3 spot in the Steam charts so there's clearly room in the market - but success is far from being a guarantee.

This isn't isolated to the battle royale genre either. In the good (?) ol' days, consumers would likely buy multiple games each and every year. Now, as more service-based titles hit the market, users are more likely to spend time with just one or two games, likely the ones their friends are playing. That creates fewer opportunities in the market with publishers and developers having to work that much harder to make their games a success.

As mentioned before, influencers on Twitch and YouTube command such a sizeable audience that they can entirely decide a game's fate. Then other influencers will want to chase where the views are so will start playing that game. Titles that in the past would enjoy a moderate level of success - LawBreakers being a prime example - find it harder to make a name for themselves.

We have reached out to Xaviant to see if they want to tell their side of the story.

Reply
Bill Thern CEO at The One LLC
time for a Twitch competitor then, ney?
Posted 3 years, 3 months ago