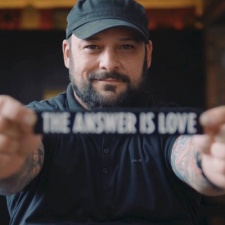 The self-described former extremist, now a peace advocate, took part in an “ask me anything” session on Reddit last thursday. When asked about the sort of predatory tactics groups used, Picciolini replied that modern groups were prowling onlines games, “Fortnight, Minecraft, COD, all of them.”

"Absolutely! We sought marginalized youth and promised them 'Paradise',” said Picciolini, on how groups targeted disenfranchised individuals. "Today they are using nefarious tactics like going to depression and mental health forums and in multiplayer gaming to recruit those same people."

These days, Picciolini continues, the recruitment happens less from outright skinhead-types but “mostly foreign recruiters from Russia and eastern Europe and Poland.”

Picciolini confirms what minorities have long known, that online games have long been breeding grounds for bigotry and hate groups. It serves as a valuable reminder for developers of these titles that their platforms may be vulnerable to exploitation by these groups, and the importance of taking steps to combat these practices.