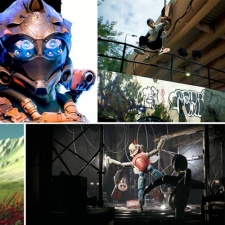 37 teams and creators benefited from the investment and are set to use it for games, education, virtual production and healthcare.

Among the teams is games developer Cornfox and Bros, which is developing an action-adventure mobile game called Oceanhorn 2.

The Unreal Dev Grants program was established back in February 2015 as a $5 million fund for promising developers working with Unreal Engine 4.