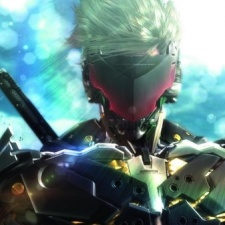 Metal Gear Rising is no longer playable on MacOS after DRM support drops.

Platinum Games’ slashing spin-off was ported to PC in January 2014, with a MacOS version releasing later that year. The DRM system attached to the Mac edition required a connection to an external server before play.

Unfortunately, it seems Transgaming - the company responsible for the port - no longer operates in video games. The company became Findev in 2016, and now operates in real estate financing.

With the DRM server shut down, Mac copies of the hack n’ slash spinoff can no longer verify their legitimacy. The game has likely been unplayable since March 2017, but this issue came to light thanks to a Reddit user posting yesterday.

The post reads: "There's no reason why this game can't run in its current format for the people who bought it. There's also no one to make a patch, and users who bought this game legally are stuck having to resort to pirating a copy if they want to play it”

The situation once again raises concerns over the implementation of DRM systems like this in games. While developers need ways to protect their products, this situation highlights the backfire potential - paying customers are being punished, while pirated copies are unaffected.

Valve have since removed MacOS from supported platforms on the game’s store page.