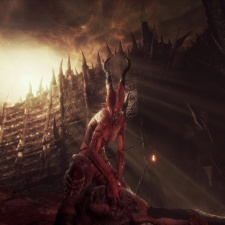 The developer behind controversial survival horror game Agony Madmind Studio has said that it will not be releasing an Unrated edition.

That's according to a post on its Steam page, in which the studio said that this is due to financial problems. Additionally, there are technical and legal reasons standing in the way.

An Unrated edition was planned, with Madmind talking about working with Steam to release this uncut version of the game ahead of its launch without a publisher on-board.

This follows the game's controversial launch; ahead of its release. The title received an 'Adults Only' rating from the ESRB in America, which resulted in Madmind toning down the violence in the game.

"We regret to inform you that our company is currently struggling with financial problems," the studio wrote.

"Due to technical and legal reasons, Madmind must cancel the development of Agony Unrated. Part of the team will continue to support Agony on Steam and consoles by publishing new patches.

Regarding the Xbox One patch - we have managed to find and fix the bug that was present on the Xbox One X console. We have sent the improved update to our publisher, who will pass it to the Microsoft today or tomorrow and we are expecting it to be approved in the next couple of days.

PlayStation 4, Xbox One and PC will get another patch this week. It will introduce many fixes and a highly refined lighting system."

Cyberpunk 2077 has been assessed by most ratings boards