Cyberpunk 2077 has been assessed by most ratings boards 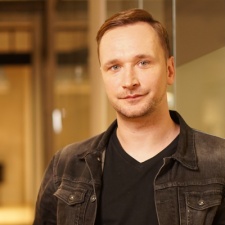 The developer and publisher of the eagerly-anticipated Cyberpunk 2077, CD Projekt RED, has said that the game has already been reviewed by age rating boards.

In a post on Twitter, studio head Adam Badowski (pictured) shared the news about five weeks after the title was submitted to age rating organisations including Europe's PEGI and US body ESRB.

Cyberpunk 2077 was reannounced back at E3 2018 with a surprise trailer after initially being revealed back in 2013. The game was given a release date of April 2020, before being delayed until September at the start of the year.

CD Projekt is also working on a brand new Witcher game, with strong sales of 2015's The Witcher 3: Wild Hunt causing the company's revenue to climb by 44 per cent during 2019.

We just submitted @cyberpunkgame to age rating agencies around the world (PEGI, ESRB, etc.). While we wait for the game to get rated, we work on polishing technical aspects and playtesting it. Game is looking better and better with each passing day!