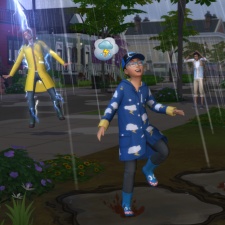 Senior Producer Grant Rodiek has confirmed that there meetings are underway to determine the next three years of Sims 4 content.

Speaking to Variety, Rodiek revealed that the developer was currently discussing plans for additional game content after this week’s Seasons. The Sims 4 launched in 2014, and has seen a steady stream of expansions and content packs drop post-release.

Rodiek attempted to reassure a fanbase that had grown concerned over the game’s future earlier this month. Several senior members of The Sims 4 team left the team, but the producer tweeted out that content would still be coming for the ageing game.

I mean, just think of the stuff we haven't made that we know you want! https://t.co/h0WTdeibSf

Seasons, the latest expansion pack for The Sims 4, releases on 22nd June.