"We see crunch as a sign of failure," says Sims 4 lead producer 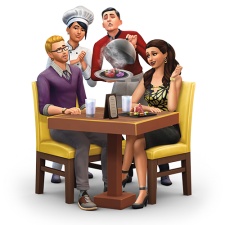 Last month, EA released the latest big expansion for The Sims 4, Cats & Dogs. Ahead of that content's release, we caught up with PC product lead producer Grant Rodiek to see how the last three years of the publisher's life simulation project has gone.

So, The Sims 4 launched back in 2014. How have the last three years been for the game?

It's been very successful actually. We started a smidge rough and since then we have done so much. One of our big focuses was releasing tonnes of free content for our players. So pools, toddlers, the ability to have genderless outfits.... we gave all that away. We have our expansions packs, game packs, we've done everything from vampires to spa days to camping trips to work. We're at the point now where it's fun, where we have all the scary features out of the way, all the big requests out of the way, finally released toddlers for our fans and so now we can sort of focus on making fun stuff. It's not that it's easier - it's more 'wouldn't it be cool if?' content. It frees us a bit.

Our fans are very passionate. There are little things they wanted. They wanted pools, we introduced pools two months in. We didn't have toddlers; they took a little bit longer because it's a whole lifestage but we got toddlers in; they were free and deeper than we have ever done before. On some of those things, it's taken us a little bit longer than we anticipated, but we did it and did it right. A lot of times we have done it for free. We're very proud of the fact that we have been able to do that for our fans. They have in turn supported us by sticking around and helping us out. We have more people playing the game now than we have ever had. We have 200m monthly active users. That's three years after the game has launched. We want to keep making stuff for them.

You seem to have ramped up your post-launch content plan also.

We have made more products than we have ever made. That's one of the reasons it has been so crazy for us. Typically, on Sims 3 we used to do one expansion per year and then did a couple of stuff packs. Now we are doing three or four stuff packs a year, one or two game packs and we have been doing one expansion per year, in addition to the free updates. We had to fundamentally reorganise our team around that idea.

How have you adjusted your development team?

We effectively have four or five live teams at once. We have monthly patches or even quicker than that, the monthly free content. I'm on the expansion team and I oversee the game pack team. We have a lead producer on the stuff pack team, we have a lead producer on the console team and all of those have different groups and engineers, but then we need to think about how they can work together - getting one engineer make one feature that works in two places. We have to talk all the time about what bugs we have to fix, who is going to do this bug, bringing in extra staff to help us out with toddlers that we can then use for pets. It's a logistical challenge.

Another thing I'm super proud of is that we don't crunch, we don't kill ourselves working on the game, we have a pretty healthy culture. It's been a good project.

Must admit, I'm still amazed that crunch is a thing that exists in 2017.

I totally agree. I've been in the industry for 12 years and I would say that for five or six years, our leadership has made not crunching a priority. We see crunch as a sign of failure. Every now and again if we do have to do it, we talk about it and figure out how to not do it again. We take crunch pretty seriously and that it's a thing we shouldn't do. We do all the products we've just talked about and mostly we leave on time and have a healthy work-life balance. It's really important. It's hard for us to make stuff that's funny and weird if we are all too tired to see straight.

The Sims audience appears to be a strange one. They are what some members of the industry would describe as 'casual', but they're largely playing on PC which is more of a 'hardcore' platform.

They're hardcore casual players. The rest of the industry considers them casual, but our average playtime is four hours a session. People play our game all the time. A part of it is there is so much content; there's creative content, there's the mod scene, people are uploading stuff on the gallery and they're able to keep making new content based on what's happening in the world. We'll see a spike in celebrities created during The Oscars. Every expansion feeds on other expansions. People are like: 'If I buy Get to Work, can I have a petstore selling pet items?' and we can do that via the pets update. You can keep adding stuff and mixing it up to tell new stories. We keep seeing a spike and more people coming in and playing more. We have tried to make our expansions just full of stuff this time to make sure people are getting their money's worth. We don't want consumers to buy one and leave; we want them to buy one, see how cool it is and come back for another.

Now that the Pets expansion is out, what's the plan moving forwards?

Historically, after pets people are like: 'Okay, we did the big pack, now we're going to think about something else. I want players to still be around because we are still making killer content. We're not going away. Pets is the biggest one but we're not going to dial it back. Some of the stuff we are thinking about is pretty ambitious, it's also fresh twists on old things and so I am hoping that people see Pets as the start of the second wave, not the end of the cycle. I want to do more content, keep upping the bar, more free content. Those are things that are super important to us and we have been talking about stuff for next year for ages already because we want it to be super good. There's crazy long cycles. Next year I want people to be like: 'Wow, I can't believe you're doing all this stuff'. Next year we'll be four years old and still here.