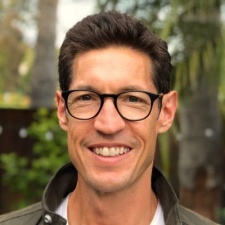 Crystal Dynamics vet Darrell Gallagher joined Microsoft Studios back in April but we now have more of an idea of what the development icon is up to.

Gallagher is heading up a new development studio for Microsoft dubbed The Initiative. The new outfit was announced on-stage at E3, alongside the Xbox firm revealing that it had bought another four studios.

Speaking to VentureBeat, Gallagher says that he, and The Initiative, is to "make something ground-breaking" which the development vet doesn't seem to fazed by.

"In the briefing and beyond, in some of the post-briefing stuff—my focus is one of opportunity and trying to make something ground-breaking. I’ve been given the mandate and the freedom and the support to go do that," Gallagher said.

"It’s almost the best of both worlds, where I get to go build something—I love building things. If you look at my history, it’s building IP, building studios, building teams, building entertainment. I love being able to build. To do that with the support of Xbox and Microsoft behind me, looking for ground-breaking new gaming pillars to work with in the future, it’s a great opportunity.

"That’s really the mandate: make something ground-breaking. Innovate. Take those brightest minds in the industry and beyond and say, “What can we do in the future?” We have all this hardware, all these tools, all the creativity. As a gamer, we have the opportunity to play games across every device in every place. For me as a creator, it’s awesome to be given the opportunity by Phil Spencer and by Xbox to go build something."