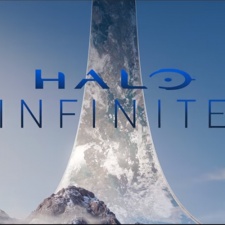 The mainline Halo franchise is making its first appearance on PC since Halo 2.

Microsoft opened up its E3 showcase with a tech demo of 343 Industries' Slipspace Engine that culminated in the announcement of a brand new Halo game called Infinite.

There's no date on the project just yet, but according to the trailer's video description, the game is coming to both Windows 10 and Xbox One.

The main series hasn't appeared on PC since Halo 2 in 2007, already three years after the Xbox's original release.

"For millions of fans around the world, Halo has become the quintessential Xbox experience," wrote editor-in-chief Will Tuttle on Xbox Wire.

"Whether it’s descending onto the shores of Installation 04 in The Silent Cartographer from Halo: Combat Evolved, struggling against the endless onslaught of Covenant in Halo: Reach or landing a perfect four-shot in Halo 5: Guardians, the Halo franchise is filled with unforgettable moments.

"Speaking of the engine demo, viewers will have noticed the name Slipspace Engine. The new Slipspace Engine, created by 343 Industries specifically to power future Halo experiences, will enable the studio to deliver on the wonder and beauty of the Halo universe with emergent experiences for gamers of today and tomorrow.

"Of course, fans around the world will break down every single frame of the engine demo for more clues on what Halo Infinite could entail. We caught a couple of hidden Easter eggs – can you? 343 Industries stated that the game, art, and tech elements are still in progress and many of the assets and designs will certainly evolve between now and the release of the game; what fans should take away from the engine demo is the promise of the Slipspace Engine and its capabilities in powering “Halo Infinite” and how the story will center on the Master Chief.

"Only time will tell what 343 Industries has in store for the future of the Halo franchise, but we’re excited for the potential of the Slipspace Engine, its capabilities in powering Halo Infinite and how the story will center on the Master Chief."

A trailer for the game is below: