VIDEO: There are three Gears of War games in the works 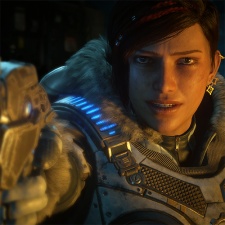 Gears of War developer The Coalition has revealed that there are three projects based on the IP on the way.

On Microsoft's stage at E3 yesterday, studio head Rod Fergusson announced a brand new mainline entry in the series - imaginatively named Gears 5 - which is set for release on Windows 10 and Xbox One in 2019.

This is a 'typical' entry in the franchise.

The other two new iterations are slightly less normal. First up is Gears Tactics, a strategic spin on the IP that certainly looks like it borrows a lot from XCOM.

Then there's Gears Pop, a collaboration between plastic figure company Funko and its Pop Vinyl range of toys and the Gears franchise. That's set to launch on mobile in 2019.

The above represents Microsoft trying to turn the Gears franchise into more of an all-encompassing IP, much like Halo. That franchise - while certainly a big name - is less of a draw than it used to be so it makes sense that the Xbox firm would try and spread the wings of its second largest IP.

Trailers for all three games are below: