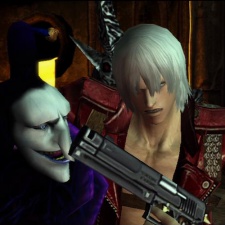 It appears that Devil May Cry 5 is going to be revealed soon.

Publisher Capcom has registered a domain name for a new entry in the hack-and-slash franchise. That was spotted by a DMC Discord server, which saw the domain being registered by GMO Internet Group.

An E3 reveal of the game is likely, though we've heard of Devil May Cry 5 being announced at the LA show the last two years with nothing coming to light.

The name indicates that this is going to be a new entry in the original franchise, as opposed to Ninja Theory's 2013 DMC: Devil May Cry reboot.

It's unclear which stage Dante will be appearing on though our money is on Sony's - the franchise has historically been more popular on PlayStation consoles. That said, Microsoft might want something to fill the Scalebound-shaped hole in its roster of games.

News of a brand new Devil May Cry game comes on the heels of Capcom releasing an HD Collection of the first three games.