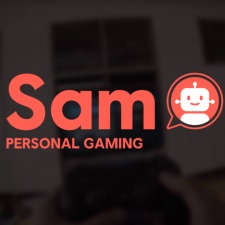 After a soft-launch period in Canada, Sam has launched worldwide for Ubisoft Club members.

The bot emerged from a hackathon at Ubisoft Montreal last year, and provides players an option to keep up-to-date on their gameplay on the go. According to an interview between Ubisoft creative director Charles Huteau and GamesBeat, the studio worked on Sam for over a year. The team incorporated natural language processing through Google Cloud technology.

Named after Splinter Cell protagonist Sam Fisher, Ubisoft’s assistant is knowledgeable enough to answer a wide range of Ubisoft queries. The bot is currently only linked to Rainbow Six: Siege, as far as user skill analysis and personal recommendations go. But Sam’s basic knowledge on the rest of the publisher’s catalogue will let users ask simple questions on launch dates and trailer requests.

Currently English-only, Sam can be communicated with via either voice or text chat. The bot is aided by human curation of answers, letting Ubisoft tailor responses for accuracy and clarity. Natural learning has also allowed the bot’s AI to improve its responses. Sam has been trained on over 400,000 questions over the last six months, in an attempt to make the assistant smarter and more streamlined through continued use.

Sam is just one way in which the French publishing giant is using AI; at GDC Ubisoft was showing off how it is using artificial intelligence to speed up the game development process. One such implementation was using machine learning to clean up motion capture data much quicker than humans were capable of.

Sam stirred up attention earlier this year, after YouTube channel UbiCentral reported that the app had inadvertently confirmed the existence of Watch Dogs 3.

Sam is free to use now through the Ubisoft Club mobile app.