127.6 million people tuned into the League of Legends MSI finals 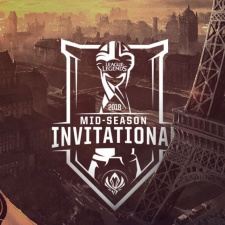 China’s Royal Never Give Up took the win after a 3-1 victory over Korea’s King-Zone DragonX at this weekend’s finals. The massive viewer count marks the MSI showdown as the most-viewed esports event of all time. The match marks a significant point in the long-running rivalry between Chinese and Korean teams in League of Legends. RNG takes the first non-Korean overall victory in a major tournament in over three years.

Esports Charts reports that the match reached a total 127,551,726 pairs of eyeballs. It’s not a surprise that Chinese language streams proved the most popular, but the scale of the majority was colossal. Over 126 million viewers watched in Chinese, and viewers from the People’s Republic racked up over two billion hours of viewing time over the tournament. Korea, in shocking contrast, only accounted for under 150,000 viewers.

The previous record of 106 million viewers was also held by League of Legends, set at last year’s World Championship finals. Of note is that while the World Championship match took place in Shanghai, the MSI finals were staged in Paris. A staggering number of Chinese fans took a pretty late night to catch RNG’s triumph.