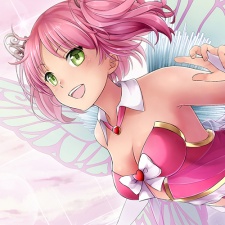 If you're a studio making a game with adult - read 'sexual' - content, you have likely had a really long weekend.

The developers behind several of these titles - such as as HuniePot and Lupiesoft, said they received warnings from Valve to censor more adult content out of their games.

HunieCam studio maker HuniePot said that Valve claimed its games "violates the rules and guidelines for pornographic content on Steam". Developers were threatened with having their games removed if they don't comply.

- IMPORTANT NOTICE -
I've received an e-mail from Valve stating that HuniePop violates the rules & guidelines for pornographic content on Steam and will be removed from the store unless the game is updated to remove said content.

Valve has since reached out to both HuniePot and Lupiesoft to apologise about the aforementioned warning, as well as to say to disregard it. Furthermore, the developers say that Valve is in the process of re-reviewing their content to check if the games are in violation of Steam guidelines.

Fair play to Valve for going back on its initial decision, but it doesn't mean that these studios are out of the woods as it's entirely possible that Steam might still cut this content. That the PC giant is re-reviewing content is a positive move.

--- #WAIFUHOLOCAUST UPDATE ---
I have just received word from Valve apologizing for the confusion, saying to DISREGARD their previous e-mail about the violation, that they are in the process of re-reviewing the game and will follow up soon.

This is the latest conversation about what is acceptable on the Steam platform. Last year, House Party was - perhaps justifiably - removed for its rather, um, 'interesting' content before returning.

Then in December, You Must Be 18 or Older to Enter got the chop for its content.