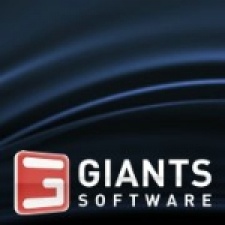 GIANTS Software is expanding with a new Czech office

Farming Simulator developer Giants Software has announced plans for further expansion by moving to bigger office spaces for their two existing studios in Germany and Switzerland, and opening a new studio in the Czech city of Brno.

Additionally, Giants Software has opened a brand new studio in the Czech Republic’s second biggest city. The Brno studio will be led by Lukas Kure, a veteran of 2K Czech and Ubisoft Blue Byte. Kure joined Giants to help put together the new studio, and will be continuing work on the Farming Simulator franchise.

“The technological heart of Czechia is home to many game companies and saw the creation of games like the Mafia series,” said Yann Le Tensorer, COO of Giants Software. “Brno is also a beautiful city, whose unique mix of historical buildings and large parks invites you to relax and recuperate. The new Brno office gives us the opportunity to tap into the rich regional talent pool as well as offer our future colleagues another exciting place to live.”

Farming Simulator has done well for the Central-European studio, helping them expand all of their new studios. Giants credits a mix of gamers and non-gamers in creating a healthy studio culture.

We spoke to Kure in February regarding his move to Giants, where he commended the company for being “super smart, but not showing off”.

Disclaimer from the editor: PCGamesInsider.biz has an on-going commercial relationship with Giants Software - this has in no way affected this news coverage