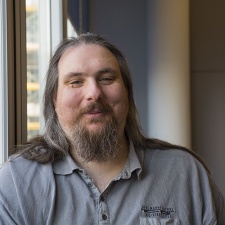 Who doesn't know the mantras that all game companies like to use to make all employees understand that the current company is different from everyone else?

Hashtags like #WeAreCompanyXY have certainly not escaped the attention of anyone who uses social media. In the 10 years I've been in the game industry I've seen different approaches to how this "studio culture" has been implemented and I can say today: Every company has its own, usually very cool, way to incorporate its own values into the culture and so I was always happy to blow a #WeAreCompanyXY into the Internet.

About a year ago, I started my new adventure in a new company: I took over the position of community manager at Giants Software, the creators of the Farming Simulator series and with the new company came a new company culture that needed to be explored and that is exactly what I want to talk about today.

My career in the game industry started in 2008, so I think I'm someone who has a lot of experience and has already experienced different companies and their culture. However, so far my focus has always been on RPGs, MMORPGs and shooters and accordingly I was nervous to move to a studio whose development is completely focused on a simulator. I knew that I would experience some new things, not only a completely different kind of community, but also a different kind of corporate culture. Of course, there were also some doubts. Would I fit into an environment like this? How problematic is it that I have no idea about agriculture? In short: Will I be able to do my job at Giants Software in a way that both the company and I are satisfied with the result? I decided to find out and moved to Erlangen.

At first glance, the studio in Erlangen/Germany differs little from other studios you know. The artworks of the games welcome you on the walls, the published games are proudly displayed on the shelves and models of the vehicles used in the game can be found everywhere. It's the second look that makes GIANTS software look so different, because the way the teams are put together here seems unusual at first glance, even seemed almost wrong to me, until I understood how clever the idea actually is, but let's start at the beginning.

I've been playing video games for as long as I can remember. I’m almost 40 years old and I have experienced everything since the Atari 2600, the beginnings of computers with the C64, the beginning of the Internet for us normal users and of course I actually owned or still own all consoles ever released. I have always believed that experience with games and ideally a certain enthusiasm for games is a basic requirement to work for a game developer. I was all the more surprised when I found out that things were completely different within Giants Software. Of course, there are also the veterans of the games industry who have worked in other studios for many years, are always up to date with the latest games and with whom you can enthusiastically discuss the newest games at lunchtime. But that's just one side of the coin with Giants Software, because people who spend little time playing games and from whom I get a confused look at best when I talk about the release of my next favourite game, mingle with the game enthusiasts.

At first, I found it confusing, even wrong, for a job like this. After all, we are a game developer, aren't we? Shouldn't all employees be completely crazy about games? It took me a few days to find out how brilliant Giants Software had gathered people here and created an absolutely unique culture. Because for every time I come across incomprehension when I talk with shining eyes about the next big game, there is a time where I only look unbelieving to those people who give a flaming speech about the advantages of the latest tractor and talk to others about their real experience in the fields out there.

It slowly dawned on me: The team here had the perfect mix of industry veterans and enthusiastic players, fans of agriculture and modders who had accompanied our game since the early days and each of them has a voice and everyone here is respected by the others and their opinions taken seriously.

This creates a discussion about game features that I think is unparalleled in the game industry. Gamers like me throw in ideas that they think would make the game more fun, more exciting or sometimes just more comfortable, the agricultural experts steer their views and check the ideas for suitability and compare them with real farming if necessary and everyone contributes the feedback from their point of view.

Over the months I've had some of the most exciting and instructive discussions about developing new features and games, and I now believe that such a combination of different people with very different backgrounds is the best thing that can happen to a game.

However, not only the development of the game shows the unique culture that is lived in this company, but above all in the surrounding. Anyone who works or has worked in the games industry is no stranger to evenings with colleagues. Doing something different together than just working on the game welds together and creates a pleasant atmosphere in the company, but Giants Software also goes one step further here.

Not infrequently, the employees' partners are invited on these excursions, not only at Christmas parties (as it is quite common everywhere) but also on business trips or at the annual "retreat weekend" during which the company goes skiing in the Swiss mountains for a weekend, for example, or when we actually have to work at trade fairs. When I was first asked if my girlfriend needs a hotel room as well for FarmCon 17, our very own game event, I just thought it was cool and a really nice gesture from the company, but today I have to say: This also leads me to what I described before as a unique culture. Suddenly my girlfriend also knows my bosses and colleagues, has a drink with our CEO or dines with our support lead and my work suddenly has a more than positive effect on my private life. When I sit with my girlfriend at dinner tonight and tell stories about the company, it's not just strange names I throw around her ears, it's people she knows and likes about whom I talk and her identification with the company simply feels good. I feel that the company not only sees me as an employee, but that it sees me and my family as part of the whole and, conversely, it is now also my girlfriend who likes to ask me: “How is Martin doing today?”

Giants culture, that is for me to be part of a team in which everyone finds a place, no matter if gamer, fan of agriculture or enthusiastic programmer and in which one works not only for the company, but also has the feeling that the company appreciates one and cohesion is more than just a word.

That's why I have a happy smile on my face every time I open my Twitter and tell the world about my day and, not without pride, end my tweet with the hashtag I hope to use for many years to come: #WeAreGIANTS

Giants COO Yann Le Tensorer talks working for Microsoft, Take-Two and Ubisoft, and why he has joined the simulation specialists