Giants COO Yann Le Tensorer talks working for Microsoft, Take-Two and Ubisoft, and why he has joined the simulation specialists 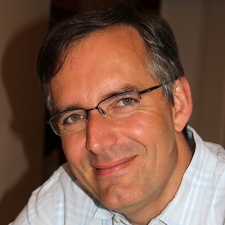 Yann Le Tensorer is a consultant and chief operating officer at Giants Software, developers of the popular Farming Simulator series with offices in Switzerland and Germany. He has over 20 years’ experience developing for video game majors including Microsoft, Take-Two, Blue Byte and Ubisoft. His main - multi-million sellers- successes are Rayman and Rayman 2, as lead programmer and Ghost Recon Advanced Warfighter for Xbox 360 as producer and head of studio. Ubisoft acquired his previous studio Tiwak in 2004 and Yann moved from France to Switzerland in 2008.

Giants is the kind of company you dream to work for. Those guys are super smart but not “showing off”. They are highly successful but keep both feet on earth. They are of reasonable size, not too small, but also not too big, like video game majors have become. I have just joined them, and I must say that the situation reminds me a lot of the time where Tiwak was growing. Tiwak was the name of the studio that me and some other guys from the Rayman 2 team founded in Montpellier in 2000 - since 2008, it has merged with the other local Ubisoft studio and is known as Ubisoft Montpellier studio. I expect to find at Giants some of the feelings I had back then.

Just a few more words on Tiwak, because this means a lot to me, and it is also a nice story: it all started in 2000, when we received a “fax” - yes, a fax, not an email - from Microsoft USA in Redmond after announcing the creation of our Studio. Microsoft was preparing to enter the console market with a new secret console, the Xbox. They wanted to meet us. So, they visited us and I flew to Redmond, and a few months after that, we were the first French first-party studio for Microsoft - and perhaps also the first or one of the first in Europe - four years later, we sold Tiwak to Ubisoft and it reached a climax with the success of Ghost Recon Advanced Warfighter (GRAW) on the Xbox 360. We had made technical and creative achievements that led us to receiving two BAFTA awards Best Technical Achievement and Best Game in 2006, 90-plus Metacritic rating and couple of millions of copies of the game were sold.

I think you get the point, Giants reminds me of Tiwak, a few years before GRAW, and I will simply do my best to be a great COO for them and help them making the company even more successful.

How would you assess Giants' last year?
2017 was a very exciting year for Giants Software. Sure, Farming Simulator 17 was released in 2016 but even without the standalone title for PC, Mac, Xbox One and PS4 we’ve released a lot of content. Two DLCs & one expansion for FS17, the mobile game FS18, the very first Farming Simulator for Nintendo Switch, the ModHub became the place to look for high-quality user-generated content and we’ve had the first Farming Simulator Championship eSports tournament at the Agritechnica convention in Hanover.

We’ve grown our teams significantly in each of the offices in Zurich and Erlangen to be ready for our future plans. That said, it was also very exciting to see the farming industry’s interest in the game rise over the years resulting in two serious games projects with major farming machines manufacturers Agco and Horsch. We’re proud to also be part of the digital transformation of the real farming world and looking forward to seeing how our tech can help visualising and understanding what happens on a farm.

What was your experience of working at Ubisoft?

Looking back at the time I spent working with or for Ubisoft, I had three different periods. I liked very much the first one where I was lead programmer as we did Rayman and Rayman 2 in the mid 90s. Ubisoft was a small company and we had a lot of creative freedom, everything was possible and everything needed to be done. The second one was after the purchase of Tiwak in 2004, when I went back to Ubi as studio manager and producer on GRAW. Ubisoft had already become quite a big company. The size of teams was getting bigger, triple-A games were already made on multiple sites - four for GRAW - with a lot of coordination needed. The third is being an independent consultant for the last nine years, after moving from south of France to Zürich, Switzerland. During this period of time, I faced various challenges and was travelling a lot. I was not only working with Ubisoft but also with multiple other clients like Take-Two on Mafia II and some other games, and also Giants who had been one of my clients in 2014-to-2015. For Ubisoft I did a lot of various things, like trying in 2010 to organise the technology worldwide, from the head office in Paris, making technology audits in some of their studios, opening and leading for them a new studio and game project in Zürich in 2011 - but we stopped it two years after the start, for various understandable reasons - and for the last few years, helping Blue Byte in Germany as studio director of technology and/or tech/production advisor. I made good friends at Blue Byte, it’s definitely a studio that I liked a lot.

Right now Giants is very much tied to central Europe. Does the company have plans for international expansion?

At production peak, we use more than 100 additional persons from outsourcers. It’s a lot and it continues to grow. It’s nice to give business to outsourcers, but we also need to strengthen further our internal production capacity. We’re planning to open a third production studio, most likely in central Europe. We tend to call Switzerland and Germany Western Europe so in that case you would perhaps say that new location will be in Eastern Europe. Where exactly? This will be communicated at later time. There are still decisions to be made, and we need to check precise opportunities with local governments and regions. International expansion, yes, but this should not hide that we are also hiring in Switzerland and Germany. For the year 2018, we want to onboard between 10 and 20 new persons. Positions are very various. For example, a very important person we are looking for in Zürich is a C++ core engine senior architect or senior programmer, consoles & PC. Details of all open positions can be found on our website.

What do you make of the simulation space right now?

The simulation genre grew a lot in the last few years and while it often might look like you need to be really enthusiastic about what’s actually being simulated many players say that what they like about these games is that you can relax, do not get stressed out and can make your own decisions to create your own world and story. A lot of gamers who also play e.g. competitive games play simulations afterwards to calm down a bit again while on the other hand, new audiences who never called themselves gamers before play simulations now because they never liked fighting, shooting, etc.

For me, Farming Simulator is a true immersive game that can satisfy the most realistic expectations from those who like farming. At some point, on the longer term, this will evolve into an always more living world, with characters that have their own stories, goals, life. The gamer experience will be enriched with more side quests, and at some point, the game will also be able to satisfy those who are just looking for an immersive journey at the countryside. The farming simulation fans will still get the realism they are expecting, but the wider audience will still be able to get immersion, escape, emotions without having to get deep into real farming.

This year, Giants will ship Farming Simulator 19, which will be a big release for us and we are very excited about it. Our community will be able to get a look at it at our very own convention, the FarmCon 18 which takes place in July between E3 and Gamescom. It’s our third FarmCon and preparations for it have already started. I think we all can’t wait to see their response to the game but there’s a lot to do until then.

On my side, I want to attract more great talents and manage the growth of the company while consolidating its success. This year, we’ll move to new great offices in Zürich, with our own gym.I want everyone to say I love my working conditions. At more personal level, with having to travel a bit less than before, I will enjoy even further the very nice lifestyle of Zürich and be happy to see my two kids grow every single day.