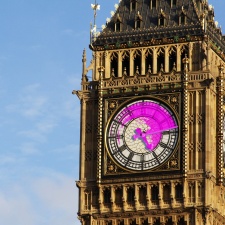 Update: Bethesda has officially confirmed Rage 2's existence with an actual release of the game's teaser trailer. The video was uploaded today (May 14th), with gameplay being debuted tomorrow.

The trailer is at the bottom of this story.

While Bethesda has pulled its own trailer from the site, multiple other accounts have uploaded copies of the teaser. Games news twitter user Wario64 has clipped moments of the teaser, for posterity.

This is the second leak to hit Bethesda’s post-apocalyptic sequel in a week.WalMart Canada recently let slip a number of unannounced titles, including Rage 2, prompting a response from Bethesda PR and marketing VP Pete Hines.

With one game from that leak essentially confirmed, there’s added weight to other titles on the list. If Rage 2 sees the light of day, keep eyes open for word of a new Splinter Cell or Just Cause 4.

The news doesn’t come as a tremendous shock to those with eyes on social media. Last night, the Rage twitter account hinted at a reveal video today. Likewise, Bethesda’s social media account has been busy tweeting images with cryptic hints at 5.14.

That should mean an official announcement is due later today. As Rage 2 is still currently “unannounced”, there is no information of when to expect the title, or who’s behind development. Doom makers id Software were behind the 2010 original. That project launched to mixed reviews, with developer John Carmack actually apologising for the game at QuakeCon in 2012.

We’re not sure what else the Fallout publisher has up its sleeve, but it has been a while since a brand new Elder Scrolls game…

"This is why we can’t have nice things": Bethesda responds to WalMart Canada’s Rage 2 leak