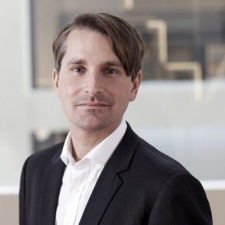 Video games companies are in hot water again over their refund policies.

The Norwegian Consumer Council (NCC) reckons that storefronts such as Steam and EA Origin, as well as PlayStation's store and the Nintendo eShop, are in violation of EU consumer law.

Specifically, these companies are in Norway's bad books due to being in "breach of the right of withdrawal". Translating from legalese to English, this refers to a consumer's ability to back out of a purchase, i.e. refund a game after buying, or cancel a pre-order.

The NCC finds that user agreements on Steam, Origin and PlayStation Store refer to consumers losing their right of withdrawal once a game is downloaded, but the body reckons there is no explicit consent here. Steam apparently does not mention right of withdrawal anywhere when making a purchase.

"PC and console games are subject to laws and regulations, just like other services," director of digital services at the NCC, Finn Lützow-Holm Myrstad (pictured) said.

"A survey carried out by the Consumer Council in December last year found that gamers are being prevented from cancelling pre-orders on the Nintendo eShop gaming platform. Steam, Origin and PlayStation Store, meanwhile, do not fulfil the criteria that would make them exempt from the right of withdrawal, yet they claim that the statutory right to cancel a purchase does not apply to them.

"This is in breach of Norwegian and European consumer contracts legislation and shows a lack of clarity by the four powerful gaming platforms.

"Digital products and services such as digital games for PCs and consoles do not exist in a lawless vacuum. Big gaming providers selling their products online are some of the world’s largest entertainment companies. They have to observe laws and rules and honour consumer rights just like everyone else"

Interestingly, NCC looked at Battle.net, Uplay and Xbox Store as well as the above, but these appear to have survived the body's scrutiny.

This news comes hot on the tail of Valve losing its appeal in Australia over a 2014 suit brought against it for... consumer rights violations.

Could EA be returning to Valve's storefront