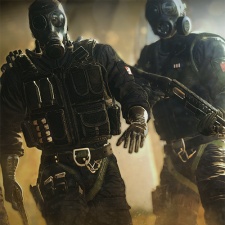 The sales landmark means Ubisoft has added an extra five million players during the last four months, with the title showing little signs of slowing down.

From August 2017 to December, the game’s userbase also grew by five million.

The title has grown steadily since its launch at the tail end of 2015. Ubisoft has been championing the game as an esport, with the title generating a record 321,000 peak concurrent viewers during the 2018 Six Invitational competition.

The contest racked up over 6.2 million hours worth of watch time across all channels.

“On behalf of the entire team, we wanted to thank every member of our diverse, global community for their support of our game,” said Rainbow Six: Siege brand director Alexandre Remy.

“Our players are the most valuable element to our game. Over the last three years we have endeavoured to create a solid community built on transparency as we grow and evolve the ever-expanding world of Rainbow Six: Siege.

“We are so tremendously honoured to achieve this milestone, and we will continue to do everything we can to earn each and every new person that decides to play.”