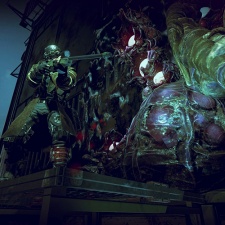 That's according to GamesIndustry.biz, who spoke to the co-founder of developer Snapshot David Kaye, who says that the sci-fi role playing game market is one that has been "underserved".

Phoenix Point is a spiritual successor to the classic XCOM games being made by the man who developed them, Julian Gallop.

"I am not the best PR spin guy, because I'll just tell you all the things that worry me," Kaye said.

"This genre is a category that has been underserved, but you have to assume that that won't remain the case forever. People will come along and fill that gap... so we take nothing for granted.

"In Julian, we have some real pedigree in the genre, and he is working hard to make a really great game. There's never been a better or worse time to launch a game, in some ways. You just have to be hyper conscious of all the things that could mess you up, and try to mitigate against those as best you can.

"Hopefully I don't seem super negative. I am very excited about what we're doing. It's just the realities of the environment we are in, the things that are going on out there. You just can't take anything for granted.

"We have a lot to achieve. We are going to be compared to the new XCOM games, but we have a lower budget and a smaller team. Yet we have to deliver, because we will be judged against [XCOM]."

Stadia pre-order customers might not receive controller until after launch