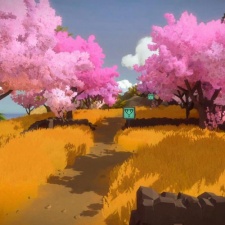 The team that created the game The Witness is offering grants of up to $20,000 for independent game designers from under represented groups. They want to support more people making grid based puzzle based games by granting 3-6 people between $3,000-$20,000.

The grant is aimed at developers interested in creating puzzle games that take place on a discrete grid to see interesting gameplay that comes from the unique rules governing the behaviour of objects. The company is looking to support new work, but is willing to consider funding the porting of existing games to new platforms if the developers can argue their case well.

To submit a game for the grant, the team requires it to be a running video game and not a paper prototype or board game. The grants will give the developers full ownership of what they make, with no rights going to The Witness team. The list of examples of the sort of thing they are looking to fund includes games such as Aunt Flora's Mansion and Stephen's Sausage Roll.

The Witness team includes recognisable indie names such as Jonathan Blow, known for his successful game Braid. His decision to charge $39.99 for The Witness was seen as controversial at the time, but the game has never dropped to less than $19.99 when on sale.

Developers can apply via the link on the website, where you'll also find the descriptions for eligibility and how to apply. The deadline for submissions is April 23rd.