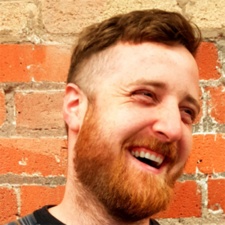 Since its 2016 launch, slo-mo indie hit Superhot has shifted more than two million copies. The Polish development team behind the critically acclaimed and commercially successful project is clearly sat on a small mountain of cash, in part the studio reaping the rewards of deciding to go it alone and self-publish the smash hit.

Now the company wants to help other smaller teams on any platform make their games with new fund Superhot Presents. The studio's Callum Underwood tells us more

What is the thinking behind Superhot Presents?

It's threefold really. Firstly, we've done quite well out of our own games, so are thankfully able to afford to support other developers as well as continue to grow our own team. Secondly, Superhot received early support from communities such as Kickstarter - the game wouldn't have happened without that, so it's nice to think we can do the same for other developers. Finally, we think we've become pretty good at the whole "business in games" thing, so if we can offer money up to other developers with a side of unsolicited business advice, that feels like a smart move to make.

What are you offering developers?

Contractually - almost nothing other than funds. We're absolutely a fund, not a publisher. If you need a company to take care of your marketing, submissions, porting, QA, streamer relationships, asset creation and so on that isn't us. We offer funds with nice terms, to reflect our hands-off approach. Yes, we'll certainly use our business teams to support the developers where we can - platform introductions, contract help, analytics which lead to suggestions of sale percentage amounts and so on - but ideally, we work with developers who just need some support without giving away large chunks of revenue.

What sets Superhot Presents apart from the myriad other companies funding indie games?

I'm not sure how to answer this question honestly. I think it's only a good thing that more funds are appearing. You have companies all the way from Kowloon Nights to Raw Fury, and I think that's utterly fantastic.

We think we've become pretty good at the whole "business in games" thing, so if we can offer money up to other developers with a side of unsolicited business advice, that feels like a smart move to make.

The messaging for Superhot Presents is that this isn’t a publisher but is ‘just’ a fund. Why should an indie developer go with Superhot Presents as opposed to a company that will both fund and publish their game?

It totally depends on what the developer wants. As mentioned, we guarantee funds to developers but don't guarantee publishing services. The terms reflect that, for sure. If you need a publisher, go to a publisher, there are some fantastic ones. If you just need some money to finish, or start, your game, that's where we sit.

Much of what a modern-day publisher offers - funding, advice and guidance - is part of the Superhot Presents package. Why doesn’t Superhot Team go the full hog and start publishing these games, too?

I think the things you listed are much more in the fund space than the publisher space. I'm not sure if you could be a publisher without taking some ownership of parts of the game release - be that submissions, production, launch marketing and so on.

How much of a war chest do you have to fund indie projects? And - in your mind - what’s the ideal funding sum for an individual project?

We won't talk about this I'm afraid, but we're not going to run out of money soon. I think the team-size of what we aim to work with will reflect the funding available, currently one-to-three people a team.

What kinds of projects are you looking to work with?

Small, cool, weird things from small, cool, weird devs. We've looked at a whole host of projects of the last few months - and those type of projects seem to get us more excited. Also, the more personal the project, the easier it is to just let the developer get on with it. We aren't looking for an MMO here, at all.

How did you choose the two projects - The Frog Detective and Knuckle Sandwich - that you are working with at this point?

How is Superhot Team staffing up to support Presents moving forward?

It's more about shuffling what we already have than staffing up specifically for this project. We've been hiring recently to take the pressure off certain roles at the company and provide room to breathe for projects like this

What’s the ambition for Superhot Presents?

Really great question, I wish we knew the answer. I think we'd like to become a known and trusted little fund within the industry. We want to treat the developers we work with well and to make them money.