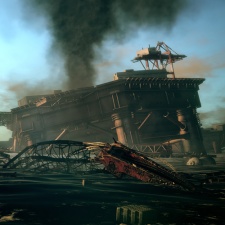 As if Metal Gear Survive wasn't already surrounded by bad press, publisher and developer Konami has managed to add fuel to the fire.

After the title was released - as reported by IGN - it's been discovered that players wishing to start a new save game have to pay a $10 fee if they don't want to delete their existing character.

Metal Gear Survive was released this week, though you're forgiven for having missed this fact. The title launched with very little in the way of marketing or press - beyond last month's beta test - with games media only getting ode for the title on the day of release.

All of which doesn't bode well for the game, which is already perceived by many as a cash-in on the assets that Kojima Productions made for Metal Gear Solid V. Reviews, by the way, aren't great, either.

The title uses many of the same assets as that project, but steers away from the stealth gameplay and cinematic storytelling the franchise is known for with consumers now... fighting zombies in a survival game?