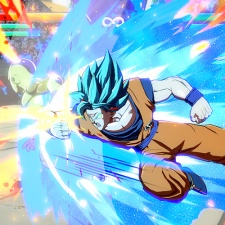 The latest video game adaptation of the popular Dragon Ball manga and anime property Dragon Ball FighterZ has risen to the No.2 spot in the Steam Top Ten.

Last week, the brawler charted in third and fourth places, likely a mix of pre-orders and final releases, but this week is the second in command of the ranks.

Subnautica, last week's No.2, drops one place to third, while Final Fantasy XII: The Zodiac Age comes in at fourth place.

This is the first time the game has launched in PC having previously released on PlayStation 2 in 2007 and PlayStation 4 last year. It hit Steam on February 1st and SteamSpy pegs Week One sales at just below 30,000 users.

That's not the only entry in Square Enix's Final Fantasy to feature in the Top Ten this week. Pre-orders for the PC version of 2016's Final Fantasy XV were the eighth most-purchased item on the platform this week. That game launches in March, with pre-orders being driven this week by the announcement of the title's specs and pre-order bonuses.

Rounding off the charts is Grand Theft Auto V - still insanely popular almost three months after its release on PC.

Below is the Steam Top Ten for the week ending February 4th: