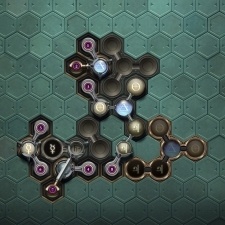 After seemingly being rejected by CD Projekt's GOG.com digital storefront in December, Zachtronics' Opus Magnum has finally come to the platform.

The news was revealed via the company's official Twitter account yesterday (below), in which the storefront made a joke about the prolonged process by which the puzzle game made it to GOG.

The exact reasoning behind Opus Magnum not making it to GOG alongside its release on other storefronts like Steam is still private, but developer Zach Barth speculated that GOG thought the game looked too much like a mobile game.

We did it! You did it! And then we did it!
It's good to finally have the brilliant-yet-approachable Opus Magnum.https://t.co/nKaT34b6zq | -10%

"A beautiful exercise in freeform solutions, @Zachtronics has created one of the most satisfying puzzle games ever made." – @pcgamer pic.twitter.com/KdXksxm1uk

This whole process highlights the issues with a human curation process on digital storefronts - in stark contrast to a platform like Steam which lets anyone with $100 spare in - but also shows that such a process is capable of correction after the fact.

You can read more about Opus Magnum with our interview with Barth himself later today.

Mod support is coming to GOG.com - “it’s just matter of how soon”