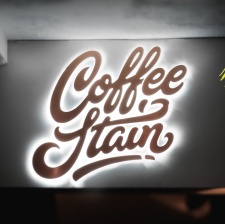 The makers of Goat Simulator has revealed a brand new fund to encourage gender equality within games development.

The Levelling the Playing Field initiative will be giving money to small and start-up studios where at least half of staff are women. There is a ceiling on funding, which is SEK 1m (roughly $127,000). What's more - Coffee Stain says this isn't about making a return on investment, at least not a big one. The company says it is going to back companies that can 'make it' and will be taking a minority stake in the company, with profits used to help sustain the programme.

The sentiment here is about improving the gap between the number of male and female employeees in the games development landscape.

Coffee Stain has kicked off the fund with Danish and Swedish outfit Other Tales Interactive, who are developing Tick Tock: A Tale for Two.

“The current level of employment equality between women and men in the games industry is poor," Coffee Stain CEO and founder Anton Westbergh said.

"In the Swedish games industry only 18 per cent of its employees are women. This number is increasing every year, however at Coffee Stain we are way too impatient to idly sit by and wait for true equality in the industry to come about. It is with this in mind that we are creating a new funding opportunity aimed at smaller development teams where at least half of the staff whose staff is made up of women”

Other Tales co-founder Tanja Tankred: “We are super excited about collaborating with Coffee Stain and to be a part of their initiative Leveling the Playing Field. It’s great that Coffee Stain are actively working towards diversifying the game industry and we are looking forward to seeing more awesome companies getting the same opportunities. On a personal level, it is great to be working with a company of skilled people that can offer advice and guidance on all aspects of game development.”

More details about how to apply can be found here.

We caught up with Coffee Stain last year to talk about its relatively new publishing business. Core to this is a sentiment that after making it big with Goat Simulator, the Swedish games firm wants to give back to the community - something clear in today's announcement.