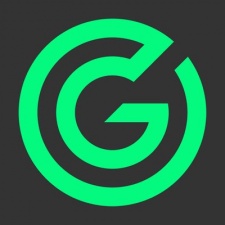 Swedish esports company G:loot has snapped up €10 million investment to expand its operations.

The funding will be used to recruit new staff, increase marketing and extend its platform to more game tournaments.

One of the main investors in the new round included Swedbank Robur. The funding comes nearly a year after the firm raised €5 million in a round that included Inbox Capital and international sports professionals such as tennis star Robin Söderling, Sweden national football team captain Andreas Granqvist and ex-Sweden football international Martin Dahlin.

Previously known as Gumbler, the company developers an esports tournament platform which developers can use to create in-game competitions for players to compete in and bet on.

G:loot also helps organise offline tournaments and events through its partnerships with Dreamhack and PGL.

As well as offering a mobile SDK, the company also creates tournaments for PC games and operates the Global Loot League focused on the popular PC and Xbox One game PlayerUnknown’s Battlegrounds.

“We are very pleased that G:loot has now obtained heavy investors and capital in the Nordic region's largest investment in esports so far,” said G:loot CEO Patrik Nybladh

“There was a tremendous interest from investors. In fact, we couldn’t offer everyone interested to participate.

“This is just a beginning of a very promising future. The financial backing gives us the opportunity to realise our vision: Anyone, anywhere in the world, shall have the possibility to win money in games they already play and love.”

This piece originally appeared on PocketGamer.biz.

Fnatic expands its esports operation by raising $19 million in funding