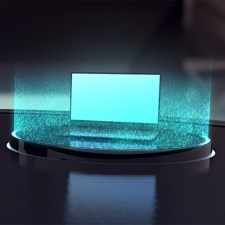 Long-term rivals in the PC hardware space Intel and AMD have announced a partnership.

This is to be a new laptop processor that provides high power with a slim design, and can be viewed as a means of competing with Nvidia’s mobile chipsets.

PCWorld reports that it was Intel who initiated the deal.

“It’s a prime example of hardware and software innovations intersecting to create something amazing that fills a unique market gap,” said Intel’s Christopher Walker in a blog post.

“Helping to deliver on our vision for this new class of product, we worked with the team at AMD’s Radeon Technologies Group. In close collaboration, we designed a new semi-custom graphics chip, which means this is also a great example of how we can compete and work together, ultimately delivering innovation that is good for consumers.

Corporate VP and GM for AMD’s Radeon unit Scott Herkelman - speaking to PCWorld - added: “We’re constantly looking at different things inside AMD, but this is really Intel’s project. It’s completely semicustom...I wouldn’t say that we’re going to take this and learn something from it. This is Intel’s project, and we’re helping them execute on it.”

Here's a video about the collaboration and tech: