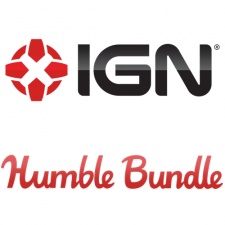 The deal was announced in a blog post on Humble’s site, in which co-founder and CEO Jeff Rosen said that he could not think of a better partner than IGN.

The amount for which Humble was purchased is yet to be disclosed.

“We chose IGN because they really understand our vision, share our passion for games, and believe in our mission to promote awesome digital content while helping charity. I can’t think of a better partner than IGN to help Humble Bundle continue our quest,” Rosen wrote.

"We will be working harder than ever to bring you the best gaming bundles, book bundles, and store sales, while nurturing the Humble Monthly and our new publishing initiative. We will keep our own office, culture, and amazing team with IGN helping us further our plans. We will raise even more money for charity.

"John and I started Humble Bundle from our childhood homes. When our parents found out that our “big idea” was basically the honour system of pay-what-you-want plus charity, they braced themselves for the possibility that we might never move out. Seven years later, thanks to the generosity of over 10 million customers, we’ve now raised $106 million for charity. We are incredibly proud of this figure, of our team, and the Humble community which got us here.

“But as far as we’ve come, we know we are just getting started. Even bigger things lie ahead, and we think IGN is the perfect partner to help us get there.

“If you like Humble Bundle now, stay tuned, because we’ll have more exciting things to share in the near future."

This deal did raise questions about how IGN staff would cover games released on or by Humble. The firm released a statement to Polygon from IGN EVP and GM Mitch Galbraith, which said: “Editorial integrity is something we take very seriously at IGN, and I am confident that we will strike the right balance when it comes to our coverage of Humble Bundle and the games they sell. Our readers and customers have always come first — and that won’t change.”

Humble Bundle to cap charity donations to 15% next month