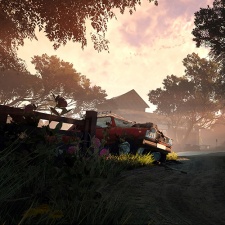 The studio behind psychological stealth title Deceit has secured $10m in funding from Cambridge Venture Partners.

This cash will be used to fund a brand new MMO survival combat title that’s being made with the help of Improbable’s SpatialOS tech. In the announcement press release, the developer boasts that using this cloud tech will allow it to have a title featuring 1,000 concurrent players in one shared world, a 12km x 12km map that boasts realistic graphics, as well as a last-man-standing mode which will feature 400 users in ‘direct combat’.

“This project delivers an unprecedented fidelity and scale of world simulation, and complex interactions between authored and player-driven content. I'm hugely excited that our next step is deploying this $10m investment to bring the game to launch in 2018. SpatialOS was an extremely natural fit for the platform on which to build our world simulation, since its paradigm fits squarely with the approaches we have taken to design a huge, dynamic virtual world, and we’re extremely excited to showcase what we’ve been able to achieve together in the coming year."

Improbable co-founder and CEO Herman Narula added: “Our goal at Improbable is to give developers the power to make previously impossible games. With Deceit, Automaton Studios proved that they could make a tense, engaging multiplayer game. We’re excited by their vision for this new game: the survival genre is seeing a huge amount of attention and excitement, and we’re excited to see what this talented team can do with the massive scale, persistent world and rich systems made possible by SpatialOS.”

This is one of many MMO projects that Improbable is helping out Spilt Milk’s title Lazarus as well as Worlds Adrift from Bossa Studios. It’s also working with Jagex on an unannounced project, and while nothing has been announced yet, this is likely to be a MMO.