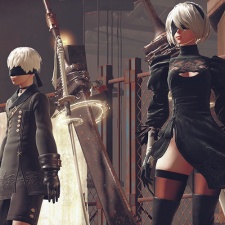 Square Enix and PlatinumGames team-up Nier Automata has shot back up to second place in the Steam ranks.

This follows a price cut that took place last week, with RRP dropping from $60 to $40. Nier has been something of a hit for all involved, with PlatinumGames founder Hideki Kamiya saying that the project saved the studio. Meanwhile, Square Enix called out the game on its financials for helping raise digital revenue.

That’s not the only Square Enix game in the Top Ten either; Life is Strange prequel Before the Storm comes in at tenth place. This title was made by Deck Nine as opposed to franchise creator Dontnod.

Playerunknown’s Battlegrounds of course still takes the No.1 spot having sold 10m units and had more than 1m concurrent players last week.

Third place goes to XCOM 2 expansion War of the Chosen, which came in at second place last week, while Divinity: Original Sin 2 charts at No.4. This title launched last year in Early Access with a final launch coming up this week.

Counter-Strike: GO and Grand Theft Auto V still lurk in the Top Ten in fifth and sixth places respectively. The Season Pass for Rainbow Six Siege was the seventh most-purchased item on Steam this week. This is likely due to the Blood Orchid expansion which launched last week.

Below is the Steam Top Ten for the week ending September 10th: