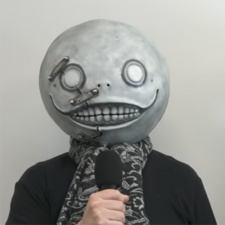 Despite being a rather niche release, Nier Automata had an immeasurable impact on developer Platinum.

Taking to Twitter, studio founder Hideki Kamiya said that the success of Automata had seen staff grow, more people applying for jobs as well as bringing in a brand new audience for the developer.

“Nier's success has to this point given Platinum a new fanbase, a growing staff, a brilliant success story, an increase in qualified job applicants, and a great benefit," Kamiya said, as translated by NeoGAF user BRSxIgnition (thanks)

"Normally, I can't help but do everything by myself... it's a pitiful story, but to say that Yoko-san saved Platinum would not be an exaggeration. I cannot thank him enough."

Nier Automata launched in March on PC and PlayStation 4. Written by games auteur Yoko Taro and developed by Platinum, it went on to sell 1.5m units.

This was arguably the first game by Taro to be a true commercial success – his previous games, namely Drakengard 1 and 3, as well as the original Nier, were all praised critically, but never really landed home commercially. Automata was the franchise's debut on PC and it could be argued that this massively helped sales.

Platinum is best known for hack-and-slash titles such a Bayonetta, Wonderful 101, Vanquish and Metal Gear Rising Revengenence. The firm has also done a variety of work-for-hire projects on IP such as Transformers and Teenage Mutant Ninja Turtles.

Also, now seems like a great time to revisit this absolutely stunning pre-order video for Nier Automata, featuring Taro at his absolute finest.