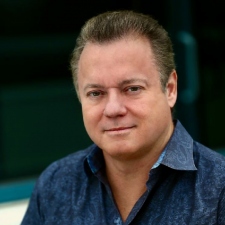 Stauffer previously spent 23 years at Apple, starting as an OpenGL engineering manager back in 1999. Just under seven years later he was promoted to director of graphics and imagining before a promotion to vice president of the company's Interactive Media Group in 2008, a position he held until this move to Roblox.

Before his stint at Apple, Stauffer worked at Eidetics Engineering and Hughes Training – both on F16 flight sim software – before founding his own 3D graphics outfit called Conix Graphics.

In his new role at Roblox, he will be reporting into chief technology officer Daniel Sturman.

“The Roblox Engine is the foundation to what makes Roblox the platform that it is today for tens of millions of people from around the world who come to create, play, explore, learn, and connect in immersive digital experiences,” said Stauffer.

“I’m thrilled to join this talented team of engineers, and look forward to pushing the limits of what’s possible with the Roblox Engine as we help usher in the metaverse.”

Sturman added: “One of our core values at Roblox is to take the long view, and after an extensive search to find the right talent for this role, we identified John as that exceptional, dedicated engineering leader for the Engine Group. Our team is tackling some of the most difficult technical challenges for building 3D immersive experiences, and I look forward to all the amazing things John and the product leads will be able to unlock with our engine in the future.”